WWE Wikia is a collaborative encyclopedia on all aspects of World Wrestling Entertainment such as Superstars info, videos, photos and news. We have 449 articles, and 604 files since July 3, 2009‎ still counting. Anyone have the right to edit and feel free to ask for help at any time.

"WWE" also refers to the professional wrestling promotion itself, founded by Jess McMahon and Toots Mondt in 1952, and, as of 2011, the largest in the world, holding about 320 house shows a year and broadcasting to about 36 million viewers in more than 150 countries.

Like in other professional wrestling promotions, WWE shows are not legitimate sporting contests, but purely entertainment-based, featuring storyline-driven, scripted and choreographed matches, though they often include moves that can put performers at risk of injury if not performed correctly. WWE first acknowledged this publicly in 1981, breaking the gentlemen's agreement that previously existed among promoters.

Vince McMahon is the majority owner, chairman and chief executive officer (CEO) of the company. Together with his wife Linda McMahon, and their children Shane McMahon and Stephanie McMahon, the McMahons hold approximately 70% of WWE's equity and 96% of the voting power in the company. The company's headquarters are located in Stamford, Connecticut, with offices in New York City, Los Angeles, London, Shanghai, Tokyo, Singapore, and Mumbai. 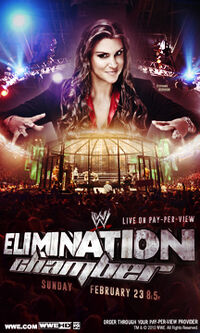 Superstar of the Month

Dean Ambrose is an American professional wrestler signed to WWE. He is one-third of the stable The Shield, and is the current United States Champion in his first reign. He was previously known for his work on the independent circuit under his former ring name Jon Moxley before signing with WWE...(Read More....)

Diva of the Month

AJ Lee is an American professional wrestler. She is the current WWE Divas Champion in her first reign. After signing with WWE in 2009, AJ was part of the third season of NXT in 2010, placing third in the competition. In 2012, after being involved in several relationships with wrestlers feuding over the WWE Championship and World Heavyweight Championship, while also being Raw General Manager for almost three months...(Read More....)