The Shield is a mercenary concept-typed wrestling stable in WWE, consisting of Dean Ambrose, Seth Rollins, and Roman Reigns. The group debuted on November 18, 2012 at the Survivor Series pay-per-view, and later declared their intention to fight what they perceive as "injustice" in WWE. Ambrose was once a one time holder of the WWE United States Championship. Reigns and Rollins were one time WWE Tag Team Champions.

The stable are known for their black ring attire (most notably their protective vests), their tendency to approach the ring through the live audience, and their trademark promos, which are recorded from a first-person perspective using a handheld camcorder. Their gimmick is that of a stable that possesses excellent teamwork and a willingness to sacrifice themselves for the good of the stable, and which achieves victories by overwhelming opponents with superior numbers after incapacitating their teammates.

The Shield were known for having attacks on some superstars that were either in their way or another's (ex. CM Punk): John Cena, Randy Orton, The Rock, Big Show, Sheamus, and other stables such as: The Wyatt Family and Evolution

The group debuted on November 18, 2012 at the Survivor Series pay-per-view, when the debuting Ambrose, Reigns, and Rollins interfered in the main event, a triple threat match between CM Punk, John Cena, and Ryback for the WWE Championship. They powerbombed Ryback through the announcers' table, allowing Punk to pin Cena to win the match and retain his title. The group identified themselves as the "The Shield", and vowed to rally against injustice. The Shield make their entrance by walking down through the crowd. Despite claiming that they were not working for CM Punk or Paul Heyman, over the next few weeks, on both Raw and SmackDown, they would routinely emerge from the crowd to attack Punk's adversaries such as Ryback, The Miz, and WWE Tag Team Champions Team Hell No (Kane and Daniel Bryan). They also attacked Randy Orton after he defeated Brad Maddox; Maddox was the referee who helped Punk defeat Ryback during their Hell in a Cell match for the WWE Championship. This led to their debut match at the TLC pay-per-view, where they faced Ryback and Team Hell No in a Tables, Ladders, and Chairs match and emerged victorious.

On the 7 January Raw, the Shield once again aided CM Punk by attacking Ryback during their Tables, Ladders, and Chairs match for the WWE Championship, which resulted in Punk retaining his title. On 21 January, during the last Raw before the 2013 Royal Rumble, the Shield triple-powerbombed The Rock, Punk's WWE Championship contender at the event, resulting in Vince McMahon declaring that their interference in the title match would result in Punk being stripped of the title. Four days later on SmackDown, Punk denied an alliance with the Shield before calling them out and informing them that he did not want them to interfere in his upcoming title match. However, during Punk's title match at the Royal Rumble, a blackout occurred and The Rock was attacked by the Shield in the darkness, leading to Punk pinning The Rock and retaining his title. The match was later restarted by McMahon with The Rock winning the WWE Championship.

The following night on Raw, the Shield attacked John Cena; Sheamus and Ryback suffered the same fate when they attempted to save Cena. Later in the show, it was revealed through footage played by Vince McMahon that Punk's manager Paul Heyman had been paying the Shield and Brad Maddox to work for him all along. The Shield then attacked Maddox, but were forced to battle due to an attack by Cena, Ryback, and Sheamus. The Shield justified their feud with the trio due to a "decade of injustice" caused by Cena creating an environment where any wrestler would not face consequences for his actions, and whose mentality they felt had spread to other wrestlers like Ryback and Sheamus. This set up a six-man tag team match on 17 February at Elimination Chamber, which the Shield won. The Shield had their first Raw match the following night, where they defeated Ryback, Sheamus, and Chris Jericho.

Sheamus then formed an alliance with Randy Orton to feud with the Shield. On the 1 March SmackDown, while attacking Orton during his match with Big Show, the Shield inadvertently provoked Show into attacking them; the Shield thus started a feud with Show as well. On the 11 March Raw, the Shield's first singles match occurred when Rollins faced Show; Show won via disqualification as the Shield interfered and beat him down. The Shield then challenged Orton and Sheamus to find a partner and have a match with them at WrestleMania 29. Show volunteered, but Orton and Sheamus chose Ryback as their partner. Meanwhile, Mark Henry's distraction of Ryback resulted in the Shield conducting a successful assault on Ryback, resulting in Ryback being inserted into a WrestleMania match against Henry. Without a partner, Orton and Sheamus eventually accepted Show's offer to take on a common enemy despite their mistrust of him. On 7 April at WrestleMania 29, the Shield took advantage of their opponents' inability to work together to win in their WrestleMania debut.

The following night on Raw, the group attempted to attack The Undertaker, but were ultimately forced to retreat by Team Hell No. On the 22 April Raw, the Shield faced and defeated the combination of The Brothers of Destruction and Team Hell No (Undertaker, Kane and Bryan). Four days later on SmackDown, Ambrose made his singles debut against Undertaker but lost via submission, after which the Shield attacked Undertaker and triple-powerbombed him through the announcer's table. Three days later on Raw, they defeated Team Hell No and WWE Champion John Cena in a six-man tag team match with Reigns pinning Cena for the win. Ambrose then started a feud with WWE United States Champion Kofi Kingston after pinning him in a six-man tag team match also involving the Usos. On the 13 May Raw, The Shield's undefeated streak in televised six man tag team matches ended in a disqualification loss in an elimination match against Cena, Kane and Bryan. With Kane and Bryan eliminated, Cena pinned Rollins and then Reigns was disqualified. Ambrose was disqualified when Reigns and Rollins attacked Cena.

On the 14 June SmackDown, the Shield's unpinned/unsubmitted streak in televised six-man tag team matches came to an end at the hands of Team Hell No and Randy Orton, when Daniel Bryan submitted Rollins. Three days later at WWE Payback, Ambrose defeated Kane via count-out to retain the United States Championship while Reigns and Rollins defeated Bryan and Orton to retain their tag team titles. The following night on Raw, Ambrose had a title rematch against Kane and retained after the Reigns and Rollins got Ambrose disqualified.

After the Shield attacked Christian and the Usos became the number one contender to the WWE Tag Team Championships, the Shield were defeated by them on the 28 June SmackDown. On 14 July, during the Money in the Bank pre-show, Reigns and Rollins defeated the Usos to retain the WWE Tag Team Championship. Later on in the pay-per-view, they interfered in Ambrose's World Heavyweight Championship Money in the Bank ladder match, but the Usos in turn attacked Reigns and Rollins and Ambrose failed to win the match. The Shield then began a feud with Mark Henry, defeating Henry and the Usos in two six-man tag team matches, but losing to the team of Henry, Big Show and Rob Van Dam. Ambrose retained his championship via disqualification against Van Dam at the SummerSlam kickoff show.

The following night on Raw, the Shield began working for chief operating officer Triple H. They would aid WWE Champion and "the face of the WWE" Randy Orton against his number one contender, Daniel Bryan, while also attacking wrestlers like Big Show and Dolph Ziggler for speaking out against Triple H's regime. At Night of Champions, the Shield enjoyed successful title defenses when Ambrose defeated Ziggler while Reigns and Rollins defeated the Prime Time Players. At WWE Battleground, a fired Cody Rhodes and Goldust earned their jobs back by beating Rollins and Reigns in a non-title match. On the 14 October Raw, Rollins and Reigns faced the Rhodes brothers again with the tag titles on the line in a no disqualification match; the Shield lost the tag titles after an attack by Big Show. Two days later on Main Event, Ambrose successfully retained his title against Ziggler.

The first seeds of dissension were sown in the Shield with Ambrose's boasting of being the only member left with a championship, but from then on Ambrose was frequently pinned during the Shield's matches. At Survivor Series, the Shield teamed with the Real Americans (Jack Swagger and Antonio Cesaro) to beat the team of Rey Mysterio, the Rhodes brothers and the Usos; Ambrose was the first man eliminated, Rollins (with one elimination) was the fourth man eliminated for his team and Reigns was the Sole Survivor after eliminating four opponents. Next, CM Punk's criticism of Triple H earned him an attack by the Shield, but Punk tasted revenge at TLC when he overcame the Shield in a handicap match after Ambrose received a Reigns spear aimed for Punk.

Going into 2014, Punk's taunts increased tension between the Shield members, and Reigns emerged as the only Shield member to defeat Punk in a singles match, albeit with Ambrose's interference.

All three members of The Shield competed in the 2014 Royal Rumble match. Rollins and Ambrose scored three eliminations each, and Rollins spent the second longest amount of time in the match after entering at #2. Late in the match, Ambrose attempted to eliminate Reigns, however Reigns eliminated both Rollins and Ambrose instead. Reigns would go on to finish as runner-up in the match after being last eliminated by Batista, and in the process set a new record for most eliminations in a single Rumble match with 12. The next night on Raw, The Shield would compete in a six-man tag team match against Daniel Bryan, Sheamus, and John Cena with all three members of the winning team qualifying to compete in the Elimination Chamber match for the WWE World Heavyweight Championship. The Shield lost the match via disqualification after The Wyatt Family interfered and attacked Cena, Bryan, and Sheamus. The Shield started to show signs of turning tweeners due to wanting revenge, and a six-man tag for The Shield against The Wyatt Family at the Elimination Chamber pay-per view was arranged. On the February 10 Raw, Ambrose's open challenge for his title was answered by Mark Henry, and he only retained his title upon disqualification by the Shield's interference. At the Elimination Chamber pay-per-view, the Shield lost to the Wyatt Family; during the match, Ambrose and Bray Wyatt brawled into the crowd, but Wyatt returned to the ring with no sign of Ambrose, which caused Rollins and Reigns to be outnumbered and overwhelmed. On the March 3 Raw, the Shield lost a rematch with the Wyatt Family when the Shield's poor teamwork led to Rollins walking out during the match; Rollins claimed that he had enough of being the glue holding the group together. 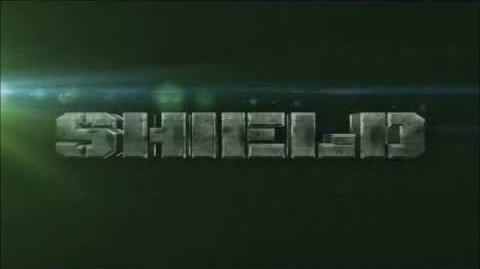